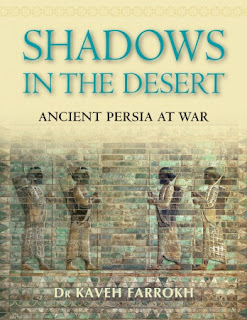 An Unknown Legacy of Synthesis: The Greeks and the Persians


The talk will first focus on Xerxes' reasons for embarking on his failed expedition to Greece, notably the “Unfinished Business” of his father Darius the Great (i.e. retribution for Sack of Sardis, defeat at Marathon), apprehension over possible Future Greek raids into Achaemenid-ruled Ionia, and the need to assert Imperial authority (esp. after the failures of Darius against the Greeks just ten years before in 490 BC). The role of the anti-Athenian Greeks inviting Xerxes to invade as well as the (largely ignored) Greco-Achaemenid Economic rivalry in the Aegean will also be discussed. The seminar will lay heavy emphasis on the constructive aspects of the Greco-Persian relationship, one example being the benefits received by Greek scholars of the time. The Greco-Persian Synthesis in arts and architecture in the ancient Ukraine (i.e. Bosphoran Arts), Calabria & Southern Italy as well as Eastern Anatolia (Pontus, Cappadocia-Commagene) will be examined along with examples of Persian artistic and architectural influences upon Greece and vice-versa.


Born in Athens, Greece, Kaveh Farrokh, is of Ossetian and Azeri descent. A graduate of UBC, he has published many papers and several books on Persian history and related topics.